skip to main | skip to sidebar

Abnatural ruin, fog
within this slow gift.
Only in command word and kinship
laying analogy of occupation
to do now;
only which dimly throughout window
throughout wall
laying snow allow.

Posted by michael at 8:14 AM No comments:

"For a while now I've been dreaming of a past-shaped future in which traditional crafts and computer technology are fused. I think these visions may have started when I visited Japan for the first time in 1992, and felt I was simultaneously in the renaissance and the 21st century. Soon my ideal image of the future was the sixteenth century... with robots! Shakespeare's London... with Playstations! Floating world Japan... with video games! Since 1999, this vision has rung through my music, which has mixed medieval sounds with electronics..."

or a swart saga

Posted by michael at 7:23 AM No comments:

On my victrola- Taraf de Haidouks.

1.
This cantrip surplus, it stinks.
A wizard

should try for significant darkling
or guitar solos

past what radio will allow. A wizard
is unruly, not

far from transmission protocols as lightning
is from lamps.

its off i shall throw with long

Posted by michael at 9:28 AM No comments:

Posted by michael at 9:48 AM No comments: 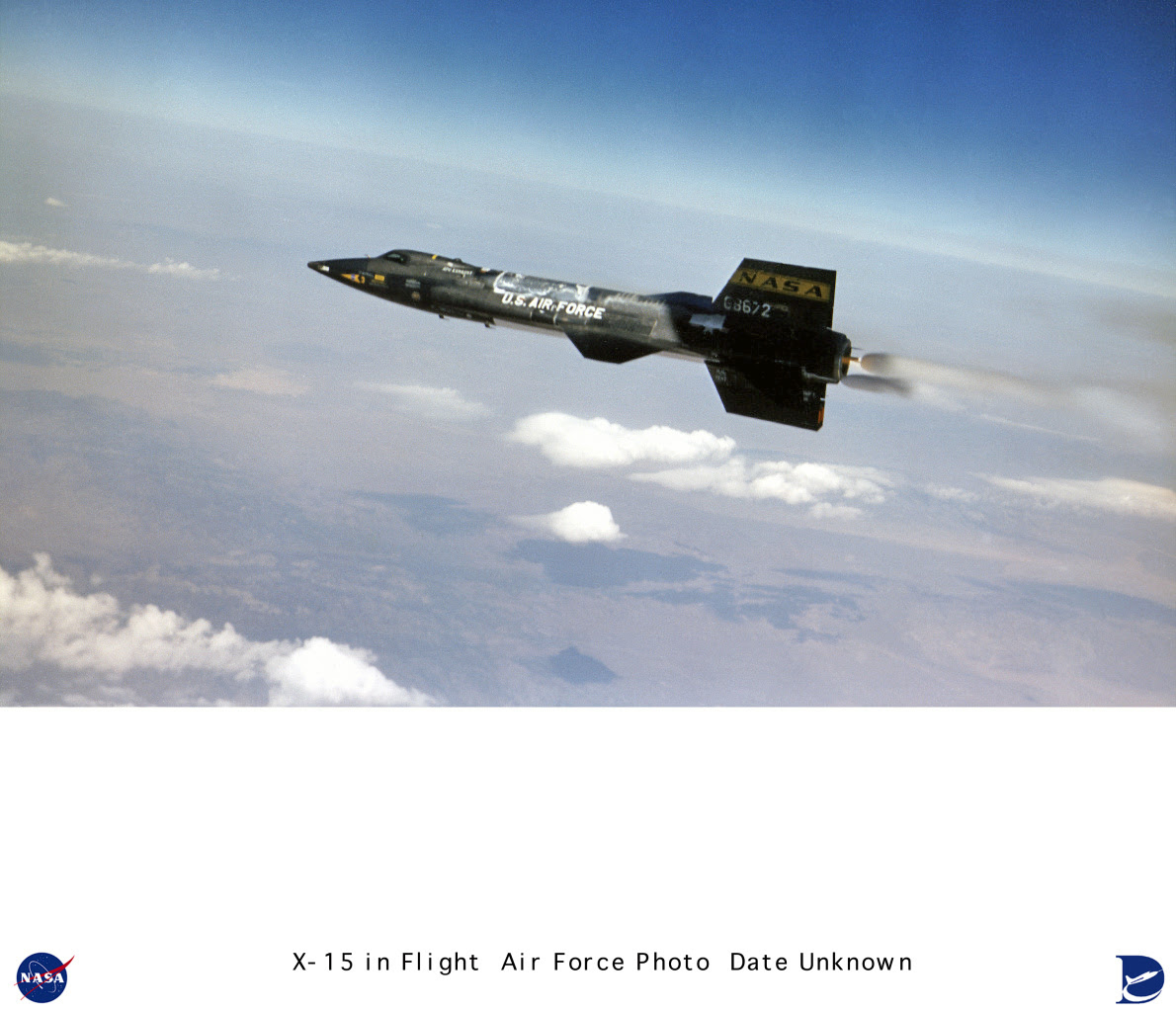 Posted by michael at 9:31 AM No comments:

"People are reminded of 'sister' songs, variations on a theme, or poems used on similar occasions. Alternatively, some poems may call up specific situations in which they were last heard... By drawing images and experiences from the shared world of a small, culturally homogeneous community, poems gain meaning."  -ibid


Cling to habit. A diaphanous nook, sunlight that contains poison. What do you know? Far away, out of sight, dying. This car still runs okay. I am paid. I can allow a room of music to surround. Past angry days shrink, clouds of acid rain; i put down words that do not cry out, much.


"When I contemplate the natural dignity of man; when I feel (for nature has not been kind enough to me to blunt my feelings) for the honor and happiness of its character, I become irritated at the attempt to govern mankind by force and fraud, as if they were all knaves and fools, and can scarcely avoid feeling disgust for those who are thus imposed upon." --Thomas Paine

Posted by michael at 9:14 AM No comments:

I have recently read the diatribe on the poet and activist Ammiel Alcalay, published in the American Thinker on March 4.

I am not writing this letter to argue politics with you, for that would be silly, wouldn't it? I am writing, rather, to ask that you add me to the list of American poets you are putting under surveillance. Allow me to briefly list some of my credentials, as I think you will agree I deserve to be given a file in the archives of your organization.

I was one of the poets published in Sam Hammill's Poets Against the War anthology. My poem, which was widely distributed before its anthology publication, including by the openly Marxist journal Monthly Review, is titled Baghdad, and it is loosely based on the children's book Goodnight Moon.

Days went by... Then, the torture scandal at Abu Ghraib prison happened, and I published a poem titled "Lyric Poetry After Auschwitz, Or: Get the Hood Back On." This poem may be of particular interest to you, since (in addition to the fact that it is accompanied by photographs and the music of Dean Martin) Ammiel Alcalay himself saw fit to send it abroad for possible translation into Arabic. I don't know if it has been translated yet, but the English version is available here, where it has received thousands of visits since its appearance : http://www.blazevox.org/kent.htm

Further, this poem is now the title poem of a collection of mine that is soon to appear. This book will contain numerous pieces by me (not everyone would judge it poetry!), all of which have some relation to the war in Iraq. The cover of this book will be, I think, somewhat original: The infamous shot of the American soldier holding the leash which is clipped to the neck of the prone prisoner shall be surrounded by pictures of daffodils among which shall be little Cupids shooting their arrows inward, toward the picture.

But the most important thing I wanted to say about the forthcoming book is this: I intend to announce in the book that all author royalties from the sale of the collection are to be donated to Campus Watch. I wish to do this (and I hope you will accept the gesture) because I strongly believe your proto-fascist activities are an excellent stimulant to the defense of American values, like civil liberties and other stuff.

Also, I should tell you that I correspond with Joseph Safdie, one of the "leftist" poets mentioned in the American Thinker article! He and I almost co-edited a book of recipes and favorite dinner anecdotes by poets. Alas, this book idea fell through, though I now can't quite remember why. But someone else should certainly do it, as it is a wonderful idea. Oh, and I should also say that in the 1980's I worked as a literacy teacher in Nicaragua on two different occasions. This was when the Sandinista's were in power. Though I'm more or less a social democrat now, I was *really* radical back then. From our village, we could hear the Contra mortars going off almost every night. Some of my friends died. Then I came back and founded the Milwaukee Central America Solidarity chapter, which went on to do all sorts of protest activities. One event we organized was called "Who's Watching You in 1984?" and hundreds of people attended, including numerous FBI agents. Not to get too sentimental, but it was at this event that I met my future wife.

So, these would be some reasons you might wish to accept my request to be inducted into your files. I will be sure to send you a copy of the forthcoming book, which, again, shall go to support the activities of your organization.

Posted by michael at 8:40 PM No comments:

'...throughout the world
Impious War is raging. As on a racecourse,
The barriers are down, out pour the chariots,
Gathering speed from lap to lap, and a driver
Tugging in vain at the reins is swept along
By his horses and heedless uncontrollable car.'


"Poetry, however, is never a lone discourse. For the individual and his or her intimates, what is said in poetry and what is said in ordinary language always exist side by side: their interplay is essential to their meaning. The two juxtaposed discourses can be seen as commenting on each other, just as the secret comments on the the manifest world... Ironically, poetic discourse seems to comment on the ordinary discourse of everyday life in ways that ultimately enhance the meaning of the latter and the honor of the person reciting. One might, then, consider poetry and the expression of feeling it represents as integral to honor."  --Lila Abu-Lughod, V*il*d S*ntim*nts: Honor and Po*try in a B*douin Soci*ty (1986)

Posted by michael at 7:13 AM No comments:

If history has a form, this form contains a motion toward turning war into annihilation; and also a motion that halts any tribal boundary for long. But it is foolish to strip Plain folks of tribal thought without solid social grounding and this is how our futuristic world has grown so hazardous: dualisms swarm in.


"Being a spectator of calamities taking place in another country is a quintessential modern experience..." --Susan Sontag, R*garding th* Pain of Oth*rs (2003)

Posted by michael at 8:04 AM No comments:

Thank God for the Iraqi insurgency. If it weren't for the resistance tying us down, we would have already moved against far more serious foes like Iran or North Korea, foes we clearly can't handle. Given the bang-up job the incompetents running our country have done in Iraq, you can bet that America versus Iran/North Korea would end with something like Bush commanding a rump American state from deep inside a Colorado bunker, cursing the American people for having let him down, as the Jihadi/People's Army coalition troops encircle Denver... . (via wood_s lot)

I will say that it is not wrong for Plain folk to draw a tribal boundary, and what is now known as Sports is its most unharmful form. What would aid Plain folk is knowing this activity is play and as play it has limits. It stops. (Suspicion of folksy boss guys would also aid.)

Posted by michael at 9:55 AM No comments:

"The savage who, poor soul, adores a stone
Rather than not adore at all,
And a vivid, vindictive, and serpentine flash
Had been my universe; tho’ refuge none

What may happen? I don't, nor do you, I suppose.
But to return to what I had to say--
Of that beauty which, even when hidd'n, can prevail
When seized by the throat in the hard gripe of Grammar.

Peace from the public upon pious pleas.
Perchance we may meet
Since the beginning of this situation
Of the moraine--there to the right, below

And weird words pursue it--
Over which they were pausing. To-morrow, resistance
On my heart's substance grafted and engrained,
A little warrior, born to rule and fight;

Secure upon his housetop in the snow.
Whilst he spoke thus, a doubtful tumultuous joy
And the wish an ascendency lost to recall,
Inexplicable to my mind they are.

Than a young goddess just about to fly.
The trees broke in, all rustling with surprise,
It would not do! I had forgotten that!
Mine the fault, and be mine the repentence! Not less,

As he stray'd down the darkness.
A ripple of silver harp-strings cold--
Lost or shatter'd, borne down by the stress of the war,
Another’s whim! And I, the plunderer

Over the sea, nor ever returned.
But there were other reasons. I felt sure,
And still feel sure, far away it must tend
From all places in which we have met, or might meet,

The midnight--in which they escape from our sight.
Arrived in port much injured. Gales severe
With a stern sad inquiry fix'd keenly on him.
His aim in this was unconditional;

No! no! do me justice. I never have spoken
A silence to the ear, a something said
Reveal'd to him, riding toward Luchon, the Duke.
Love, or a name: the name is for the dead,

'Neath yon terrible heaven that is watching above
By me untraversed in the Heart's Far West?
And many a time with a mute moody look
I have but little chance to rise: and yet

Lit that festival hour, save what soft light was given
To justify the indiscretion sweet
All its frivolous gods, with an undefined awe,
Fronting the lake, and gleaming to the dawn."

Posted by michael at 9:50 AM No comments: